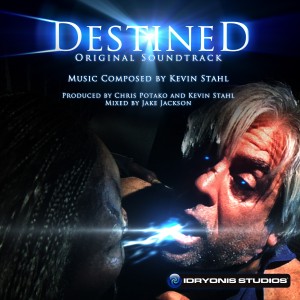 I am happy to announce that the soundtrack to Destined has officially been released.  You can find it pretty much anywhere that offers digital downloads (Amazon, iTunes, Spotify, etc.)

Listen to some quality composing from Mr. Kevin Stahl with some production over-sight from me while I put the entire films’ audio together.

The 15 orchestrated tracks were mixed at Abbey Road by Jake Jackson, and the soundtrack includes one of my tunes “Unclean” (which was used as background music in the bar scene).